For the decade plus years I've been exporting out of China, mind you, I also have my own Chinese company managing the export (with the export license), I've been experiencing a consistent chain of delays on almost all shipments for the early month of May, 2013.

This is annoying...  Not to mention furious customers who has been waiting on the shipment for weeks; now more delay. 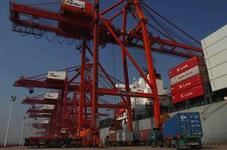 At first, I was not happy with our own operations and had criticized my Chinese staff.  The cause of the delay was not due to anything logistics-related.  Month of May is not a peak season.  So, what has been causing all these delays...?  If it's an isolated incident, or heck, even a coincidence, I guess I can live with it.  People make mistakes, oversights.  But things are not so simple...

The explanation from my Chinese staff was that the Chinese government had just implemented a new regulation as of May 1, 2013.  This new law dictates that in order to qualify for export subsidy, proper documentation must be presented to the Customs before the shipment is exported.  Prior to May 1st, such documentation can be sent to the government for claims after export.

One of the most important documentation is the VAT invoice from the manufacturer.  And, for many factories, this is one documentation that they most reluctant to supply on-time.

Side Note: China is in a VAT (Value Added Tax) system, this is something very unfamiliar with Americans.  We have our sales tax, very straight forward.  But like the metrics system, VAT is used by most of the countries in the world.  This system is a bit more complicated than what we are used to.  In essence, by providing these VAT invoices (Chinese: Fa-piao), factories have to pay up to 17% of taxes on them.  This amount is, of course, transferred to us as buyers.  But with the commercial invoice, we can then claim up to 13% in the form of a tax rebate, depending on the type of product being exported.  Every product is different.

Another Side Note:  A lot of my U.S. buyers think we pocket the tax rebate.  This is far from the truth.  Whenever we quote out an order, the price is already discounted for the tax rebate.  In reality, the rebate takes up to six months to be sent to us, that is, if there is no administrative quibbling from the Chinese government. So, the U.S. buyers are really enjoying the benefit of not having to pay ahead and wait six months for the rebate portion.  We are actually acting as a bank here...

Back to the topic at hand.  Most of China's factories are not used to provide VAT invoices on the spot.  Usually, they drag their feet for as long as possible.  They would even sometimes try to substitute the VAT invoices under the name of another company (or companies) they'd registered.  That was before; it had never been a pleasant experience.  Now, the new law requires the VAT invoices be presented before an export is allowed, this creates all kinds of chaos in trying to make the factories pony-up the needed invoices.

As one would expect, something that used to take up to a month to get is now condensed to a few days...  Making our own internal operational changes is not hard, but trying to get these factories to change their habit is very difficult.  Thankfully, it is, after all, an official government law, and the factories have no choice but to comply albeit reluctantly.

So, if you are also exporting from China and have been experiencing delays in the month of May, this is most likely the cause.  It will get better over time as everybody in the supply chain change their routines and rhythm.

But...  Why?  Why did the Chinese government made this change?

Unlike our own government and how new laws are passed, which the public is always made aware of the process and even given transitional periods if implemented, China has always introduced new laws literally on-the-spot.  While I have no doubt that there had been as much thinking and discussion that go into making the law behind the scenes, it's just the way it is implemented that really gets to me.  In China, things can change unexpectedly overnight.

So, why the new law?  I came across an article in Reuters yesterday that happened to explain everything: "China opens new front in war as yuan speculation distorts export data".  By the way, this explanation offered on Reuters is basically unknown to most of the Chinese population.  They've been trained not to question the government's leadership and decisions.  So if you ask China what caused the delay, they'd tell you becaus of the delay in getting the proper document for export, but they won't be able to tell you why there is a change in government policy.  For that, you'll have to read the linked article (above) in Reuters.

Posted by shanghaijacked at 7:20 AM